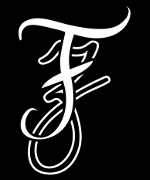 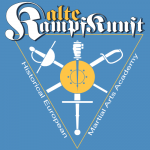 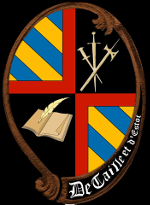 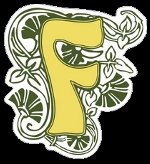 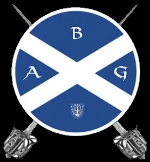 Gerhard Gohr is an instructor and researcher with more than 15 yearsâ experience in Historic European Martial Arts.

He first joined the Freifechter, Cologne, Germany where he had the chance to learn from Stefan Dieke the basics in Huttonâs military sabre. After getting some insides in German Long Sword he started his own research activities initially on LehkÃ¼chnerâs Lange Messe and Petterâs Worstelkonst. In early 2008 he founded with Marcus Hampel the HEMA group Der Fechtsaal in the area around Duesseldorf, Germany. There he is instructor for military sabre of the 19th century and is doing research on the Berliner Schule – German Sabre Fencing, other military treatise of this area like Phillip MÃ¼llers âTheoretical and Applied Introduction to Swordsmanshipâ, 1847 and Adolf Meyers âDeutsche Hiebstich-Fechtschuleâ, 1912.

Julien discovered HEMA in 2010 when he joined De Taille et d’Estoc. He rapidly focalized on the study of Nineteenth century military HEMA, with bayonnet, saber, on foot or on horseback. Joined HEMAC in 2012. Joined the director board of the French HEMA Federation in 2014. He started studying modern history at the University of Burgundy in 2016 and published his first work on the history of bayonet fencing. The result of his research on bayonet fencing was published in 2018. Then he started a thesis on “War Fencing in the French Army in the XIXth and XXth century.” He is a saber fencing instructor in Dijon and frequently participates in French and European HEMA events, giving workshops and lecture since 2012.

Dr. Matyas Miskolczi is an instructor at Ars Ensis, teaches German longsword and Hungarian sabre but also fences with rapier. He has started his HEMA studies 11 years ago. In 2013 he has founded the journal Acta Periodica Duellatorum together with Daniel Jaquet to create a publication platform for high quality HEMA-related papers. In 2014 at the founding of IFHEMA he was elected as a member of the Executive Committee where he still holds the position Treasurer. Since February this year he is also a vice-president of the Hungarian Longsword Fencing Federation. Matyas was a member of the Hungarian National Team at IFHEMA International Cup (IIC) in 2015 and reached a 4th place in single rapier. In 2018 he has won the sabre tournament at Dreynevent. In Dijon he held a Hungarian sabre workshop in 2016 and a lecture about sabre duelling last year. He had a sabre workshop at Dreynevent in 2017 and also was a sabre instructor at Jordana de Esgrima HistÃ³rica in Tomar in 2017 invited by HEMA Portugal. In his private life he has two sons, works as an IT consultant and holds a PhD in Management and Business Administration.

Stefan is a german HEMA pioneer who started his research in the mid 1990s and now works as a professional HEMA instructor. He runs âAlte Kampfkunstâ, a fulltime HEMA-school located in Wuppertal, Germany. There he teaches Sabre, Longsword, Sword&Buckler as regular classes and gives seminars in these and some other historical weapons, like sidesword, staff and dagger.

Besides giving seminars internationaly, he taught at a number of the most prestigiuos HEMA events worldwide, like WMAW, ISMAC, SWASH, the Dreynevent, Dijpn, the Australian Historical Swordplay Conferencen, the Paddy Crean Workshop â¦

Having been member of several HEMA organizations his motto finally is âNo politics â just swordsmanshipâ.

Susan has had a long standing interest in all things HEMA. She found her way to it 18 years ago following successful forays into sport fencing, stage fighting, reenactment and a career as an Officer in the British Army (yes, she really is Captain Kirk). Susan played a central part in the development of HEMA in the U.K. as a past President of the British Federation for Historical Swordplay (BFHS).

Susan has been an instructor for about 12 years now, and is currently the Smallsword Instructor for the London Historical Fencing Club.

Susan regularly instructs in a wide range of both armed and unarmed HEMA disciplines at events across the U.K and by invitation runs workshops for other groups. Her main focus of instruction over the last few years has been on Smallsword, Sabre, Bartitsu/Suffragitsu, WW2 Combatives and Indian Clubs.

When not instructing she has also developed a real passion for grappling and regularly trains in catch wrestling.

Tobias is head instructor of Fechtboden Zimmermann in Munich, a HEMA school focused on the exploration and study of 18th and 19th century fencing styles. His fencing career began 15 years ago with Olympic fencing, followed by Italian knife fencing and after that, German Covered-Cut-Fencing, Kreusslerian smallsword and Haitian machete fencing.

Tobias has given classes at the International Sabre Symposium since the very beginning, as well as at Smallsword Symposium, Fior Di Szatmar, Optimus â Bucharest HEMA Open, Treffen Historischer Fechter Deutschlands, Mittsommerfechten and Adventsfechten. He is member of the Akademie der Fechtkunst Deutschlands and Europe Development Coordinator for Tire Machet. His English translation of August FehnÂ´s “Die Fechtkunst mit StoÃ- und Hiebwaffen” , 1851, is close to completion.